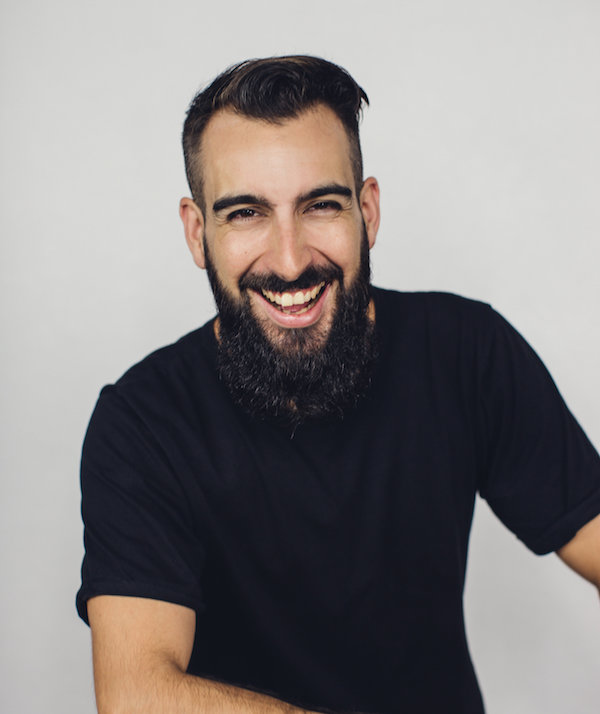 Jerome Subey: "Nothing is impossible — You just have to do it."

Jerome is a man who falls in love at first sight. When he sees what he wants, he knows it. There is no halfway with Jerome. He will go all in.

Karate might be his first love. He'd studied the martial art for most of his childhood, becoming an exceptional teacher, running his own dojo by the age of twenty-one. From the age of thirteen, he was training others and helping them learn.

Or it might have been learning to dance on his own in his bedroom. "Everyday of my life, I spent time dancing by myself and training my body without classes," Jerome remembered.

But partner dance? Partner dance took Jerome's life by storm. He'd been working as a fitness trainer and front desk guy for a studio in his area. Lots of dance styles offered classes like rock and roll, ballroom, and salsa. Of course, there were never enough leads. One night while he watched the desk, a student at the studio asked if he'd like to come learn a few steps and join the rock and roll social that night. He thought, "Why not?"

"From that day, I preferred partner dance to solo dance," Jerome said. "It had what I was missing dancing alone: sharing energy with my partner. Alone, I'm in my bubble, very self-centered. In martial arts or social dancing, it is sharing a moment and I find a balance for me in that sharing." Jerome noted that while martial arts includes sharing moments, that moment is about manipulating your partner. In dance, the moment is friendly and working together.

West coast swing happened not long afterwards at a cross over dance night. He was dancing in the rock and roll room and decided to stop by the salsa room with some friends. "I used what I new from rock and roll and hip hop to respond to my partner. My friend told me it looked like I was doing west coast swing and to check out this event, Sea Sun Swing, the next weekend."

At the Sea Sun Swing, he entered a Jack and Jill contest-and won! "I didn't know anyone, not the judges or anything, and all the good dancers were judging. I'd never seen the dance before! I pissed a lot of people off!" Now to remind you, Jerome had never seen real west coast swing danced at that point. "I thought there might be something in this dance for me."

The next year, Jerome won a pass to Liberty Swing where he placed ninth in novice. And that was it: he knew he wanted to train in this dance and make it his own. He designed a sabbatical year in Canada and the United States so he could really learn this dance after over a decade of working more than fulltime.

This is where his love at first sight was tested. Fifteen days before he was to get on a plane to Canada for his year off, Jerome got in a motorcycle accident and experience severe physical trauma including a broken his knee. The doctors told him he might not walk normally again or dance-that a limp was the best he could hope for. Jerome lived in the hospital for seven months and then spent two more months going there every day for therapy and re-education. "I had an ice bath every day for nine months! I had never worked harder to train my body and heal."

The following weekend after he was cleared to dance, he was on a plane to Canada to start his year of swing dancing. His first event he made first place in novice jack and jill and first in strictly with Sonya Desserault. In a year, he moved from novice to all star. Love for the dance, it seemed, was paying off. "There were so many flaws in my basic," Jerome said. "I took private lessons with Michael Kelbasa over three days to rebuild my dance from the ground up. One of the most important thing you can do as a dancer, anything in life to go back to your ground so you are stable before you build something on top."

A philosophy of basics was born, one Jerome teaches to this day in any workshop or private lesson. He knows you can have a lot of dance knowledge but it doesn't mean anything if you aren't practicing and applying it everyday. Knowledge is useless with skills and to get the skills you must train.

And the final piece in this story of love at first sight: Bonnie Cannon, now Bonnie Subey. They met at Liberty Swing-the very same event, just two years after Jerome's first Liberty Swing when he decided that west coast swing was his dance. Robert Royston once asked them who had the mohawk first-actually, they both had them at the same time. It was immediately an intense relationship with marathon conversations through the weekend. They saw each other a few weeks later at another event and felt the same chemistry. He moved to Philadelphia to be with her a month later. They've been living together every since and were married six months to the day after they first met on the dance floor.

Together, they've faced some their biggest challenges together. "Dreams are a double edged sword," Jerome said. "You have to work hard to get your dream. Nothing is impossible--you just have to do it. And I love dance but the cost is heavy." For Jerome, this looks like dancing with pain every day, one of the realities from his accident and recovery. "I'm committed to staying away from strong pain medicines because I don't want to be addicted," he noted. "I felt myself starting to get dependent when I was in the hospital after the accident. I quit one day and I learned and am still learning to live with the pain."

His biggest dream in dance? "To be able to dance pain free. That's never happened since the accident."

Still, Jerome is dancing and training every day, both on his own and with Bonnie preparing for performances. "You must evolve all the time and try to improve yourself," Jerome says. As a teacher, he embodies the philosophy of always going back to the basics. "West coast swing is a flexible dance because you can dance to so many music styles," he said. "But you never get to the bottom of the basics. I learn new things all the time." As a teacher, he focuses on equipping dancers to practice what they are learning so they can grow effectively. "Me, I am an awkward dancer but I train a lot and I don't look awkward anymore."

He sees himself as social dancer at his core, just enjoying the moment. In performances, it's easy to overthink. "I need to get out of my head and trust my training." There have been lots of winning moments along the way, including recently dancing with Tatiana in a Jack and Jill. "Five years ago, I was in novice and now I'm dancing in the same level as Tatiana! It is hard for me to believe that I'm here because I still see myself as a baby dancer."

Jerome's story is about the love of the dance and a love of being with people. For him, anything is possible with that kind of intensity and passion. This year will be Jerome and Bonnie's fourth at Camp Westie and their third as Camp Counselors. They've been with us from the very beginning and given us everything in the process.

When asked if he had anything to say to new campers, Jerome gestured to the room he was standing in with a sweeping, arms open motion and said, "Welcome!" with a huge grin. He's ready for you to love this dance and community with the same intensity.

That's perfect for us. Welcome to Camp!